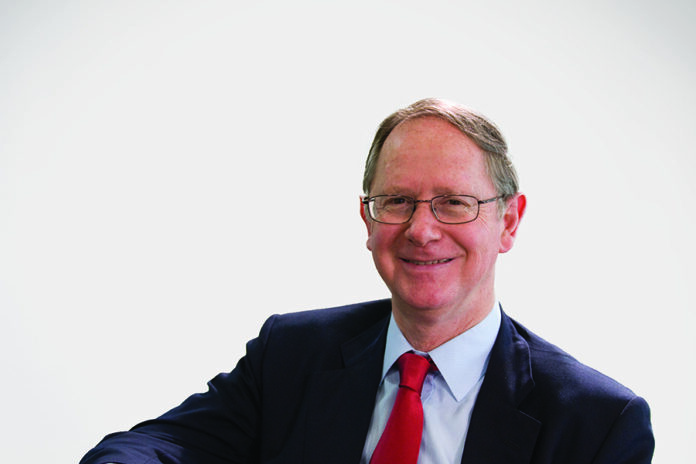 At 5.4%, US CPI inflation in June reached the highest level since September 1990, with the core PCE rate (personal consumption expenditures) overshooting the US Federal Reserve’s target rate of 2% by 1.5 percentage points. Nonetheless, after steep increases in the period to the end of March, 10-year Treasury bond yields have generally fallen since then, suggesting that market participants are buying the Fed’s repeated reassurances that there will be no serious threat to price stability.

Invesco chief economist John Greenwood has taken a closer look at the causes of inflation both generally and in this specific instance and concludes that the US Federal Reserve (Fed) may be making the same sorts of mistakes that preceded the Great Inflation in the 1970s.

Contrary to the Fed’s official statements, Greenwood does not believe that this surge in inflation is a transitory phenomenon associated with the reopening of economies and warns that investors, especially bond investors, should be very wary of maintaining exposure to any assets that are vulnerable to inflation at a time when rising prices are likely to erode returns for at least the next two years.

“Central bankers are following an upside-down theory of inflation when they explain the current episode of inflation as a transitory, bottom-up, accidental process delivered by temporary, idiosyncratic or segmented price increases which will soon be reversed,” he argues. Fundamentally, he says, inflation is caused by excess money, a phenomenon that central banks have deliberately re-created after a decade or more of restraint.

“Those of us who believe that inflation is a monetary phenomenon have watched with astonishment as the Fed has allowed US M2 money supply to be inflated by almost 32% since February 2020,” he says. According to Greenwood, this is what’s behind the “round-trip rebound of prices” from low levels in spring and summer 2020 (such as hotel prices that were cut at the onset of the pandemic and are now being re-priced upwards, leaving prices not much changed overall), which the Fed expects to be merely temporary, followed by the inflation rate falling back to 2% in a matter of months.

According to Invesco’s chief economist, Fed policymakers thus risk repeating the mistakes their predecessors made before Great Inflation in the 1970s. As he explains, the latter ignored so-called transitory factors as “noise” that had nothing to do with monetary policy until they had to concede, far too late, that the US had an inflation problem.

Quoting Albert Friedberg, a money manager and commodity trader from Toronto, Greenwood explains that inflation is inevitably “lumpy”: As excess money leads to rising prices, the price of hard-to-find goods rises far faster than the price of easily found goods, with consumers able to accommodate these price increases because they have more money to spend. As a result, prices of other goods that gradually come into short supply also increase over time.

During the 1970s, the oil price shock was followed by subsequent increases in prices of cocoa, sugar, wheat and other goods. Today, Greenwood points to rising prices of US single-family homes and other goods in short supply such as cars, international shipping rates and electronic chips. “Since these have surged without other prices adjusting downwards, this must mean that higher inflation is here to stay – at least for the next two years while the excess money supply works its way through the system,” Invesco’s chief economist says.

If the Fed has not yet understood what is really behind the recent surge in inflation, it could be a long time before it regains control of prices, Greenwood says. As a result, investors must brace for an extended period of rising prices, shrinking consumer purchasing power and economic slowdown. “Inflation is a top-down process – money driving individual prices higher in a somewhat random, chaotic order determined by which goods and services happen to be in short supply. However, the overall process is one in which excess money eventually pushes all prices higher,” Invesco’s chief economist says.

According to Greenwood, as far as the Gulf region is concerned, the excess money growth that has produced the current episode of inflation in the US is not present. Money growth rates in the UAE remain very subdued, and only slightly less so in Saudi Arabia. As a result, Invesco’s chief economist believes that neither area is likely to experience the kind of inflation currently breaking out in the US.