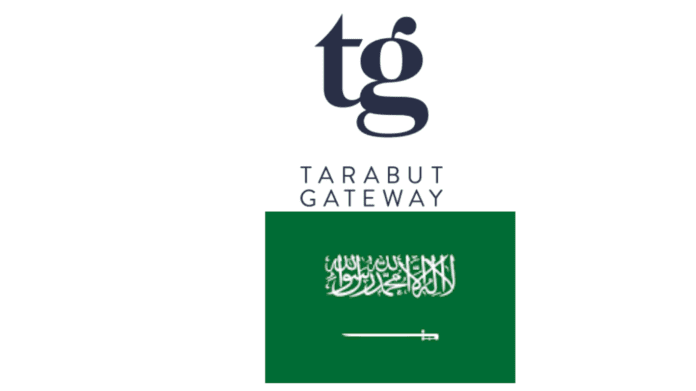 Tarabut Gateway, the largest Open Banking platform in the MENA region with a market presence in Bahrain, the UAE and KSA, announces four new key banking partnerships in KSA. As part of its expansion in Saudi Arabia, and the developments in Open Banking, Tarabut Gateway revealed it has been selected by some of the leading banks in KSA as a partner including: Riyad Bank, Saudi British Bank (SABB), Alinma Bank and Banque Saudi Fransi (BSF).

The KSA market is ideally positioned for the coming Open Banking revolution, as the country has prioritized financial sector transformation as part of the Financial Sector Development Program, under the Saudi Vision 2030 plan for economic and social reform. Within this, KSA has announced its ambition to go cashless, aiming for 70% non-cash transactions by 2030. Set against this rapidly evolving regulatory environment, many metrics attest to the compelling KSA market. Classified by the World Bank as a ‘High Income Economy’, with one of the Middle East’s largest populations (35 million), the Kingdom has a young, wealthy, digitally savvy population. World Bank data shows it has 98% internet penetration, with smartphone penetration amongst 18–75-year-olds at 97%.

From a Fintech perspective, the sector’s growth in the Middle East has been stunning and remains on an exponential path. There are around 500 Fintechs in the region, and this number is trending upward. The number of Fintech start-ups in the KSA increased 37% to 81 during 2021.

Abdulla Almoayed, Chief Executive Officer of Tarabut Gateway, has commented: “We are delighted to have been selected to partner with many of KSA’s leading banks. KSA is on the cusp of Open Banking driving rapid innovation and transforming the Kingdom’s financial services. The country’s vision is ambitious and achievable, and we look forward to being a core part of the Open Banking ecosystem.”

Tarabut Gateway plays a vital role by building the ecosystem’s infrastructure. Using the Company’s platform-agnostic solutions, traditional financial institutions and Fintechs can connect and build their own apps on top of Tarabut Gateway’s platform, offering payment services, digital wallets, and multiple other use cases, in addition to a unified and easy to use developer portal.

Working closely with regulators, Tarabut Gateway provides the connectivity for data to flow between banks & Fintechs, support the creation of a thriving ecosystem, sector growth, and ultimately a better consumer experience. Emad Kashgari, Senior Vice President / Head of Digital Innovation & Partnership Section at Riyad Bank, also commented: “SAMA has been a key pillar in the financial sector’s development, and KSA’s Open Banking evolution. At Riyad Bank, we aim to continue being at the forefront of innovation and providing customers with enhanced digital offerings and customer experience through Open Banking adoption.”

Additionally, Alinma Bank has stated: “Alinma Bank is pleased to be an open banking partner of choice through its partnership with Tarabut Gateway. This relationship, along with Alinma’s participation in the regional network of Open Banking partner banks, will allow Alinma to continue providing enhanced digital offerings that are tailored to customer needs, with the innovation and Shariah-compliance that customers expect. Such partnerships allow Alinma to enhance its reputation for excellence, a reputation that was recently reaffirmed by Forbes Middle East, which ranked Alinma as the top bank in Saudi Arabia for 2022.”

Musaifer AlOsaimi, Chief Information Officer at SABB, commented: “At Saudi British Bank, we continue to invest in being an active role in developing KSA’s financial sector through innovation and customer experience. Additionally, through Open Banking, we are committed to our role in achieving the Kingdom’s vision, supporting economic growth, and safeguarding financial stability.”

Michael Cunningham, Chief Strategy & Digital Officer at BSF, said: “With innovation and customer experience taking precedence in BSF’s business strategy and through our adoption of Open Banking technology and building an API-based testing sandbox, BSF can stimulate further innovation and collaboration within the Fintech space in KSA.”